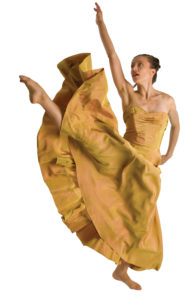 Award-winning dance artist and educator Jessica Runge has performed to critical acclaim across Canada and internationally. Known for her riveting performances and intelligent choreography, her work has been presented at numerous venues and festivals in Canada, garnering recognition and acclaim, including several Dora nominations and a
K. M. Hunter Award.

Runge’s work as a choreographer and interpreter investigates the way movement has meaning for audiences. Seeking expressivity in diverse forms and contexts, her performances have been praised as “physical genius,” and “lyricism incarnate.”

Runge has danced in the major Canadian dance companies the Toronto Dance Theatre and Le Groupe Dance Lab, and in Theatre Direct’s work for young audiences, as well as in the works of a number of notable choreographers, including Peggy Baker, Peter Chin, and Christopher House. She currently collaborates with a number of local independent innovators on a project-by-project basis.

In addition to her work for the stage, Runge is on faculty at York University, and runs her own creative movement program for children.

Runge holds a B. A. (University of Toronto) and is a graduate of the professional training program of School of Toronto Dance Theatre.